Tonight, coinciding with the Tony Awards, I’d like to offer the nominations for the Alzheimer’s Disease Foot-in-Mouth Awards. You can decide the winners! The following are actual statements that people have said to me since my dad died. I had no answers at the time, but have since come up with some pithy reactions. Let me know which are your favorite.

Answer: No, it was a piece of cake. Key Lime Pie, actually. I wish my time would come already. This is like waiting for a bus with no schedule. Or, even worse, it’s like waiting for ketchup to plop out of a new bottle without having a knife to stick in and get the juices flowing. Dude, what did you really think I was going to say? Yes, it’s so hard. You are right, man. How did you know? What tipped you off? It must be hard to be so insightful and sensitive. Maybe you are psychic.What a terrible burden.

Statement: Oh, God, you’re totally going to get Alzheimer’s. You are so much like him.

Answer: Except for the obvious fact that I am a woman. But, come to think of it, you are right. My dad and I were genetic clones. So who knows? Maybe I could grow a penis at the same time plaque starts to tangle up in my grey matter. I’ll write a book called, “How Alzheimer’s Disease Changed My Mind and My Gender.” I’ll be rich. Thanks a million. You rock.

Statement: Did you get the genetic test—although, what’s the point right?

Answer: Yea, no point really. No point even living. Thanks for pointing that out. Love ya! Come here, give me a hug.

Statement: You should do a lot of crosswords puzzles and take ginkgo biloba.

Answer: That’s like telling two blue-eyed parents to eat carrots in the hopes that their baby won’t have blue eyes. I know you don’t understand that, though, because you clearly aren’t taking omega-3 supplements for improved acumen.

Statement: Remember me? Ha, got ya!

Answer: Oh, that’s funny. But the truth is that I plan to forget you as soon as this disease kicks in. Don’t feel bad, though. Even then, feel free to say, “Remember me?” It’s just such a good joke. Really it is. Ha, got ya back!

Statement: Parkinson’s is way worse than Alzheimer’s. Consider yourself lucky.

Answer: Yup, I count my blessing every day. I don’t think we should pit diseases against each other though, do you? They are all bad.

Statement: Are you scared? I’d be freaking out. 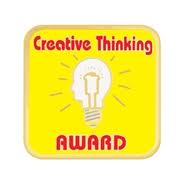 Answer: Well, I’ll freak out for a while. Then, thank Buddha, I won’t recall what I was freaking out about. Alzheimer’s can be a blessing in that way. I hope you get it, too. But don’t worry. We’ll be free from fear once we actually have the disease. That’s why I don’t just lay down and die now. A.D. means never having to say you’re scared. Maybe because at some point you can’t even speak. Come to think of it, while I still can, there’s nothing to worry about. Besides, I hear Parkinson’s is worse.