What follows offers a troublesome glimpse into my reckless sense of abandon. Buckle up because this is going to be a very bumpy ride.

In early summer, with no foreseeable trip in the works or in the books — a situation that wreaks havoc on my nomadi

c heart — I took a fairly small sum of money out of my savings to purchase three tickets to Casablanca, Morocco for the period of time known as American Thanksgiving. I found a great deal ($500 roundtrip per person) for a week’s stay in the country. I figured we’d take the train up and down the coast, and head inland to Marrakesh and Chefchaouen. I started counting down the days to departure. 121. 120. 119.

Late in the summer, after a long period of researching our destination, I realized that we’d definitely need more time in Morocco. I paid the change fee of $300 per person so we could stay an extra four days and fly home from Rabat. (Besides, $800 each still seemed like a reasonable international fare). I resumed the countdown. 89. 88. 87.

Then came a series of unfortunate events in early fall. The Burlington, Vermont airport announced it was buying houses in my neighborhood, including our home, in preparation for the F-35 jets coming to town. We’d already planned to sell our home and buy another one, but all those deals came to a crashing halt with the big news. My first concern, of course, was the Morocco trip. Would we still be able to go as scheduled?

The airport deal slowly unfolded over a period of two months, and by late October, it was clear that our trip to Morocco was in serious jeopardy. When it looked like the buyout paperwork wouldn’t  wrap up until the end of November — the exact timeframe we were to be in North Africa — I opted to cancel our trip.

Actually, I changed the destination to Florida and the timeframe to January — at the penalty of another $300 per person YET AGAIN — so we could visit our family and friends in the Sunshine State when it’s freezing cold in Vermont. So what began as a very cheap flight to Morocco morphed into a very expensive flight to Florida.

The whole point originally was to have an adventure overseas. And I refuse to settle for less, especially when I’m paying more. So, I asked myself where we could  jet from Florida for dirt cheap. I scanned the Internets and worldwide webs until I landed on an acceptable and affordable answer. 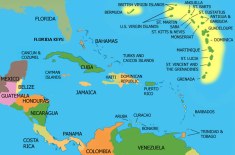 For $60 per person, as I discovered, we could all fly from Fort Lauderdale to Havana and back again on JetBlue.  I obviously bought those tickets immediately. You simply can’t pass up deals like that! Now our trip to Morocco had been replaced with passage to Florida and Cuba. Ahhhh.

The only problem was that our roundtrip plane tickets were from Burlington, Vermont to Tampa, Florida — and it’s a five-hour drive from Tampa to Fort Lauderdale. And, since I’d tacked Cuba onto the trip, we’d be returning to Vermont four days later than originally scheduled. Hmm. What to do?

I could change the Tampa tickets, yet again, for another $900 or….

…buy dirt cheap ones on JetBlue from Fort Lauderdale back to Burlington for much less than the prices of the damn change fees!!! Yes, that’s the ticket!

I wound up paying $150 each (thereby saving an additional $350 in change fees) for the one-way trips back to BTV — an airport, as you recall, that was partially responsible for this mess. Okay, okay,  my poor math skills and my compulsive travel disorder are really to blame. 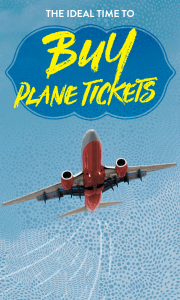 But there was still one final obstacle to overcome in the revised, revised travel plan. How would we get from Tampa to Fort Lauderdale? Fly?

Nope! WE’LL RENT A CAR! And we’ll stop to visit my stepmother  in Naples, Florida en route! Perfect and, besides, we were going to see her anyway! Now we had the best plan ever in the history of the world, right?

Until today, that is, when I sat down at my computer to look for hotels in Havana. I was stunned to find out that they are very ,very expensive! Some almost $500 per night.

Jeez, for that amount I could change my tickets back to Morocco where lodging is a bargain.