David and I were on our way to Agra at 6 a.m. this morning.

Delhi was just beginning to greet the day. Tuk-Tuks in gear, shops opening, people on the go. Some homeless folks were still fast asleep on the sidewalks and berm. I was deeply upset to see a dead man with his head hanging off the curb — people gathering around trying to figure out what to do.  I also wintessed a beggar woman begin her day by lifting her broken daugher off the ground as they went in search of alms.

We stopped at a rest stop an hour into the three-hour drive for coffee and pastries. Again, David and I (thanks to our hair color and pink skin) were the subject of a lot of attention and photographs.

We pulled into Agra at around 9:15 a.m. and the city was wide awake. Tuk-Tuks, motorcycles, horses, camel, cattle, monkeys, water buffalo, buses, bikes. I asked our driver and guide (love these guys) to take us directly to the Taj Mahal before the sun got too high or too hot. The noon-day sun is bad for photos of the Taj because the white marble of the structure becomes washed out. Besides, I was eager to view — for the second time in my life — the GREATEST ODE TO LOVE ever built.

I fought back a few tears as the Taj Mahal came into view. This was a place my father loved and I heard about so often in my childhood. To me, the Taj and my Father were larger than life. My dad died three years ago. He would have been 76 in two weeks. Seeing the Taj was like seeing my dad again– seeing him with his memories alive and well. A window into his healthy head.

The Taj Mahal was  built by Shah Jahan after the death of his beloved bride, Mumtaz Mahal. She died giving birth to their 14th child, a daughter who later died giving birth as well. Shah Jahan incorporated all his memories of Mumtaz into the Taj Mahal. He wanted the structure to be incomparable and indescribleable. He successed.

As it turned out, we happened to arrive at the Taj on the anniversary of Shah Jahan’s death.  And in honor of the ocassion, the lower mascueloum was open to see the actual tombs of Mumtaz and Shah Jahan. Normally, visitors can only see the faux tombs on the upper level in the center. Our guide said that he has made more than 300 trips to the Taj and had never ever been able to see the real tombs.

Hundreds if not thousands of Indian nationals were lined up, too, to enter the lower chamber. But because we’d paid “tourist” prices, we were able to skip the line and head straight down. I felt badly that we got such treatment, but I also was feeling faint from the 44-degree Celsius heat.

The Taj Mahal is famed for being perfectly symmetrical. To the milimeter. And right down every single inlaid semi-precious stones. It’s an architectural wonder, built over the course of 22 years, with the hands of 22,000 workers.

I noticed that David was very moved by the monument, and he took many of the photos shown here. He also was the subject of many photos, too, as you can see.

Watching my son, I felt the history of the Mughals and the Bercaws all around me. Three generations of Bercaws have stood in front of the Fifth Mughal’s Taj Mahal — a place where love rules, even in death.

P.S. Yes, I did wear my shark granimal shirt today. 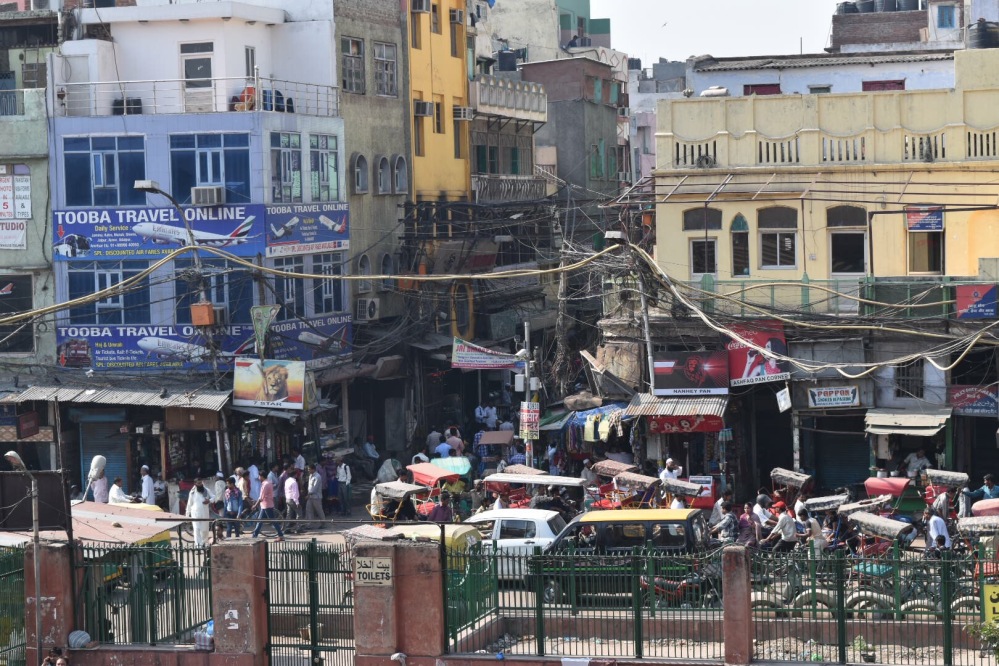 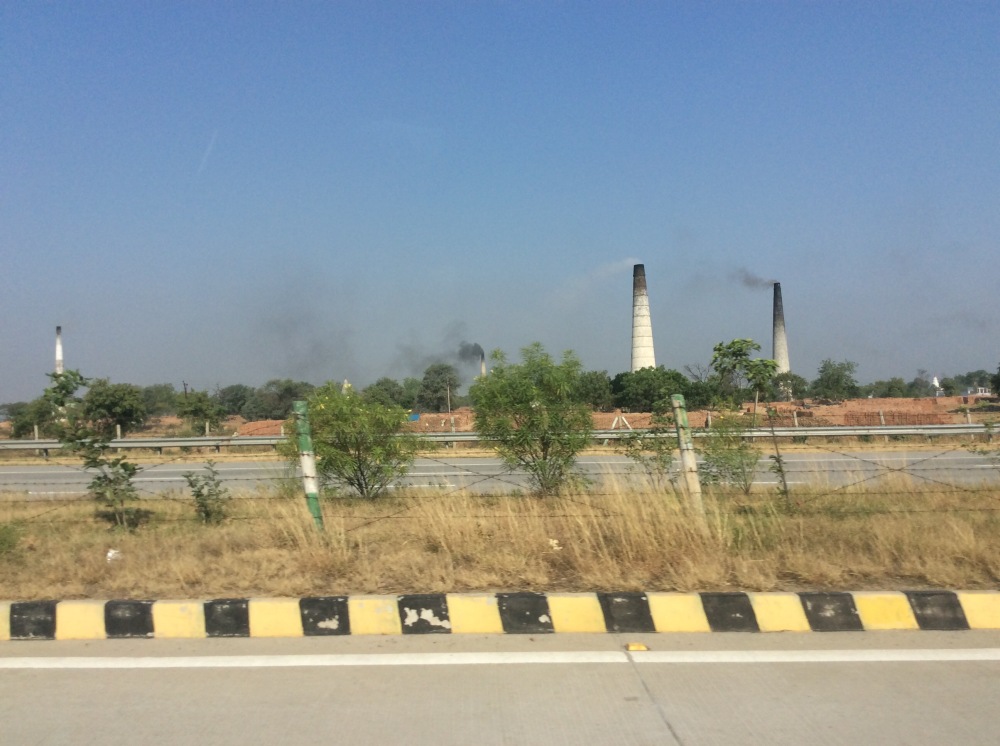 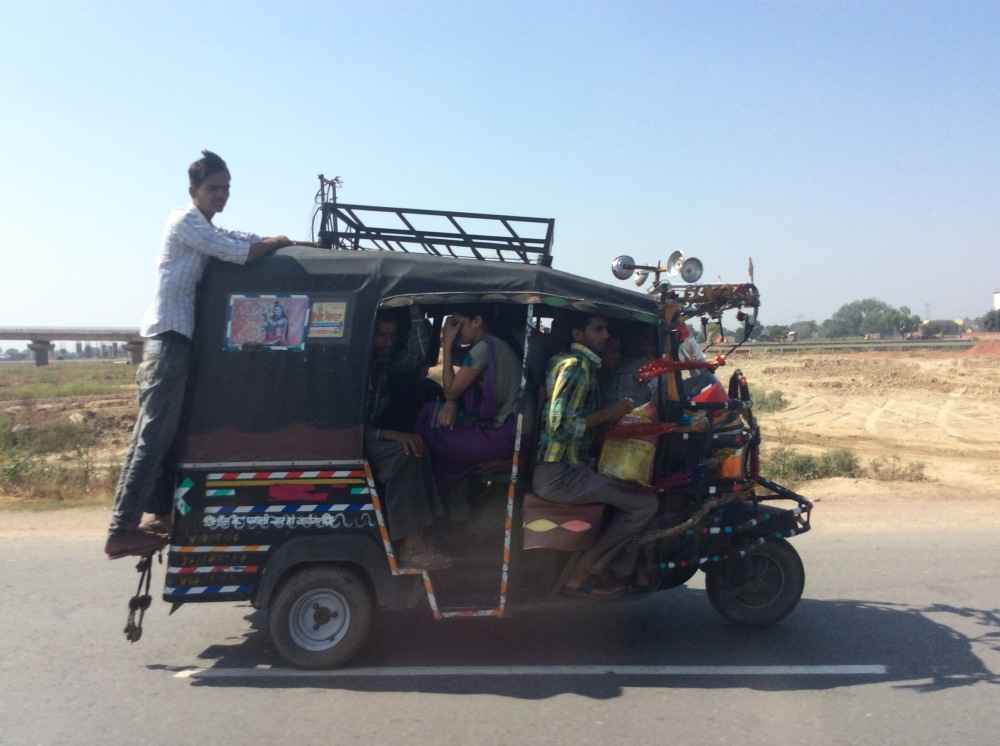 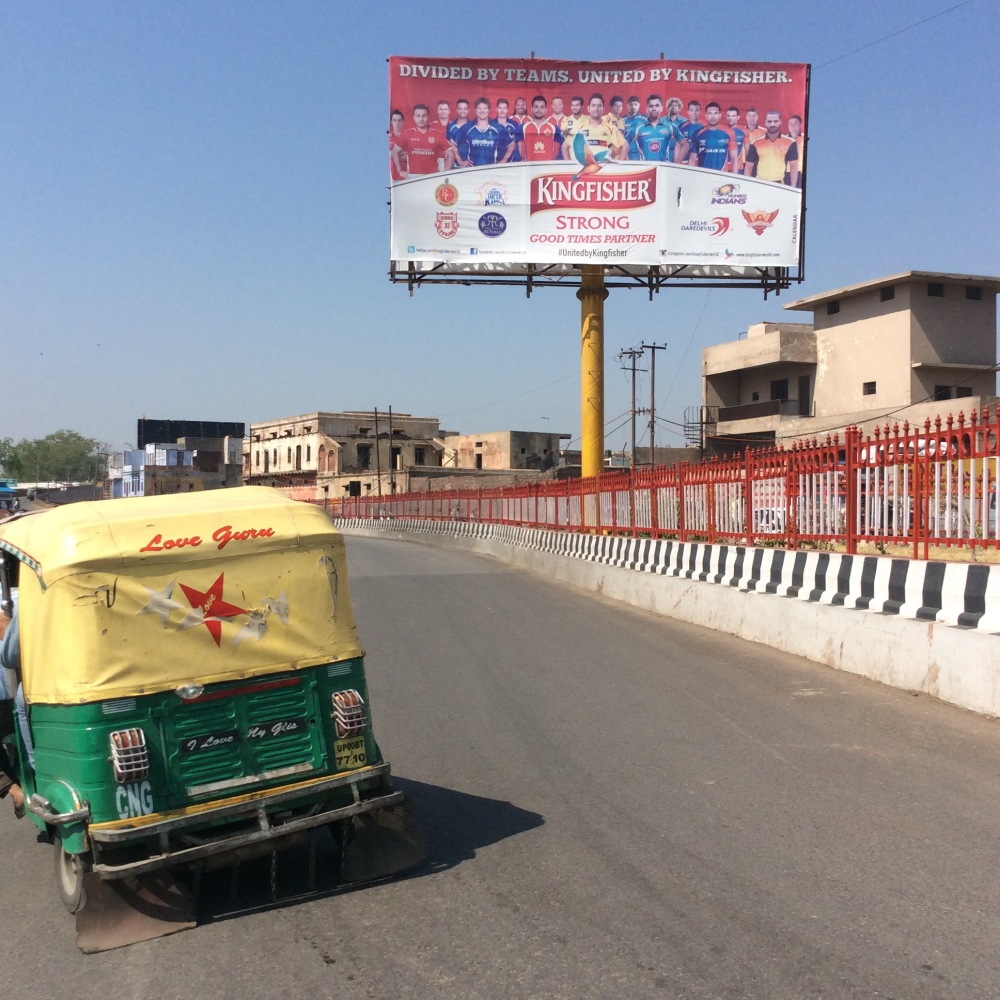 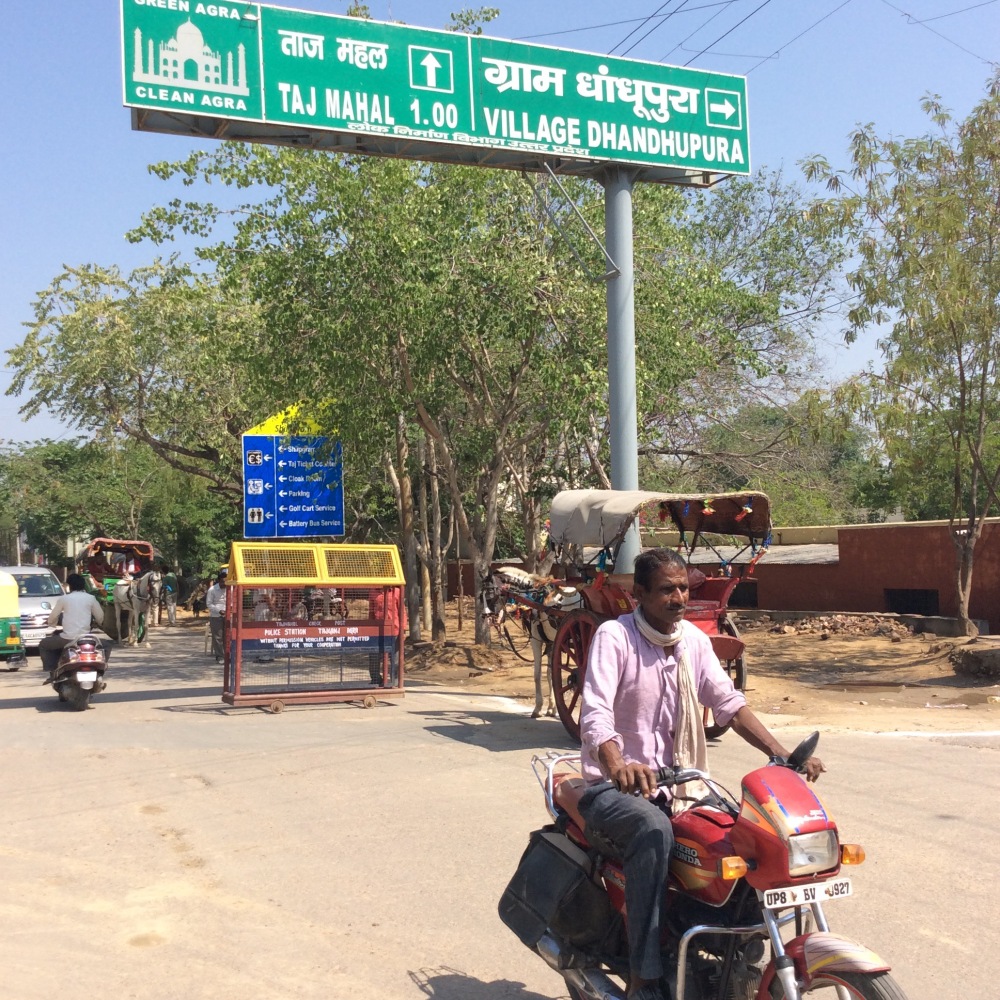 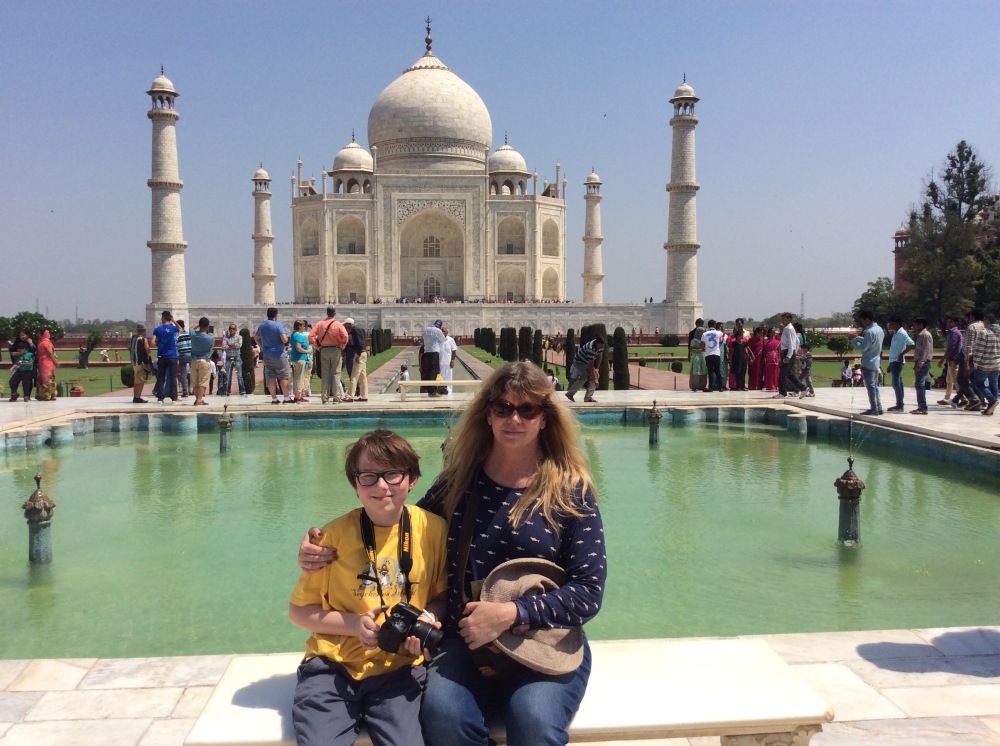 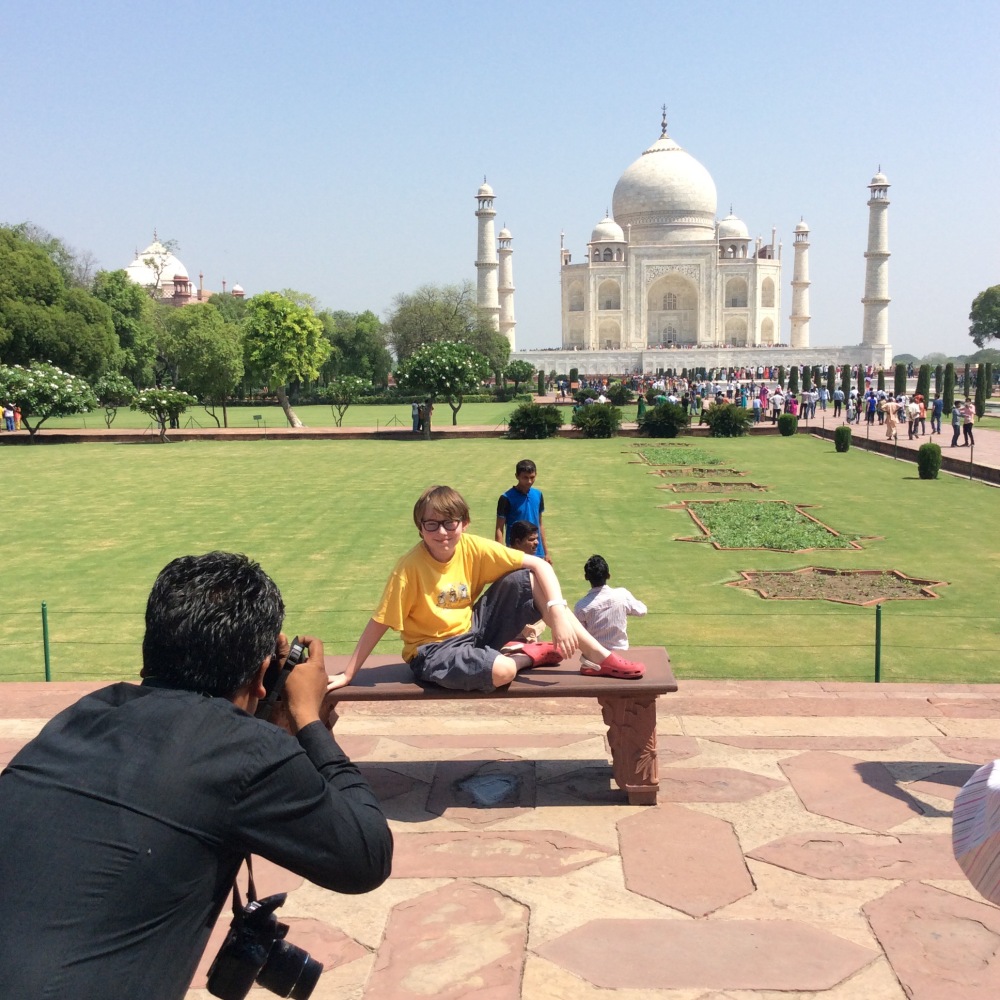 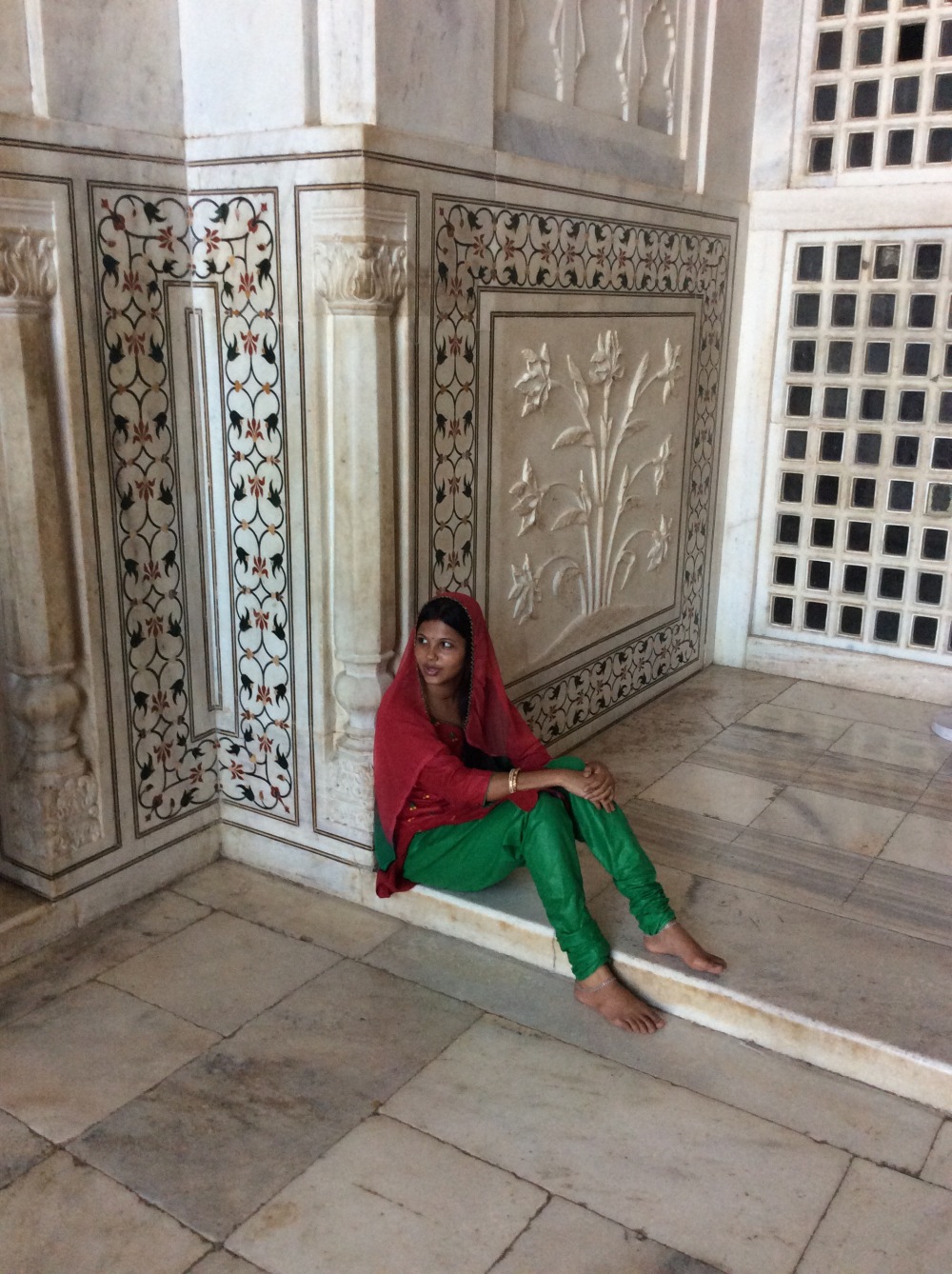 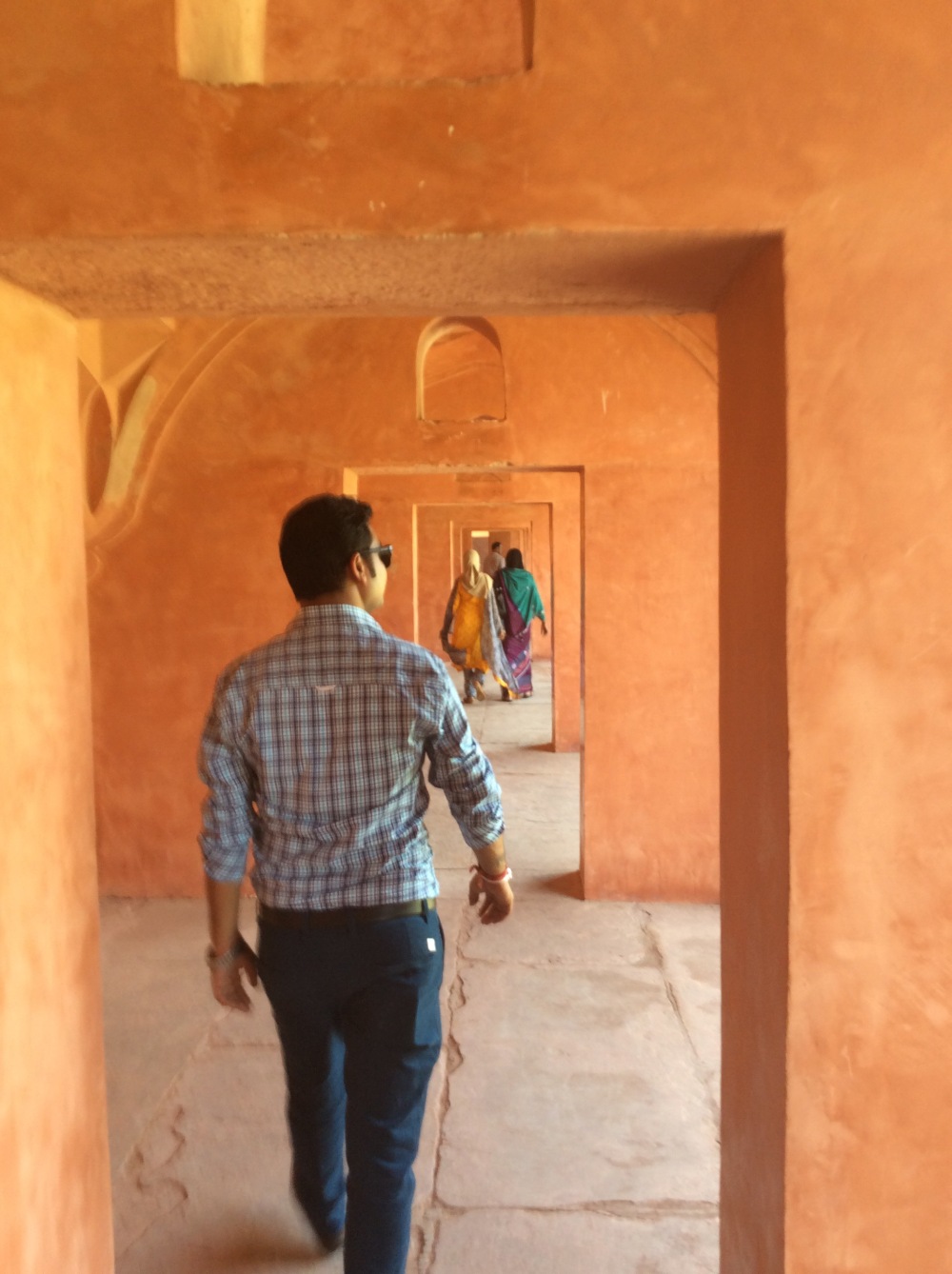 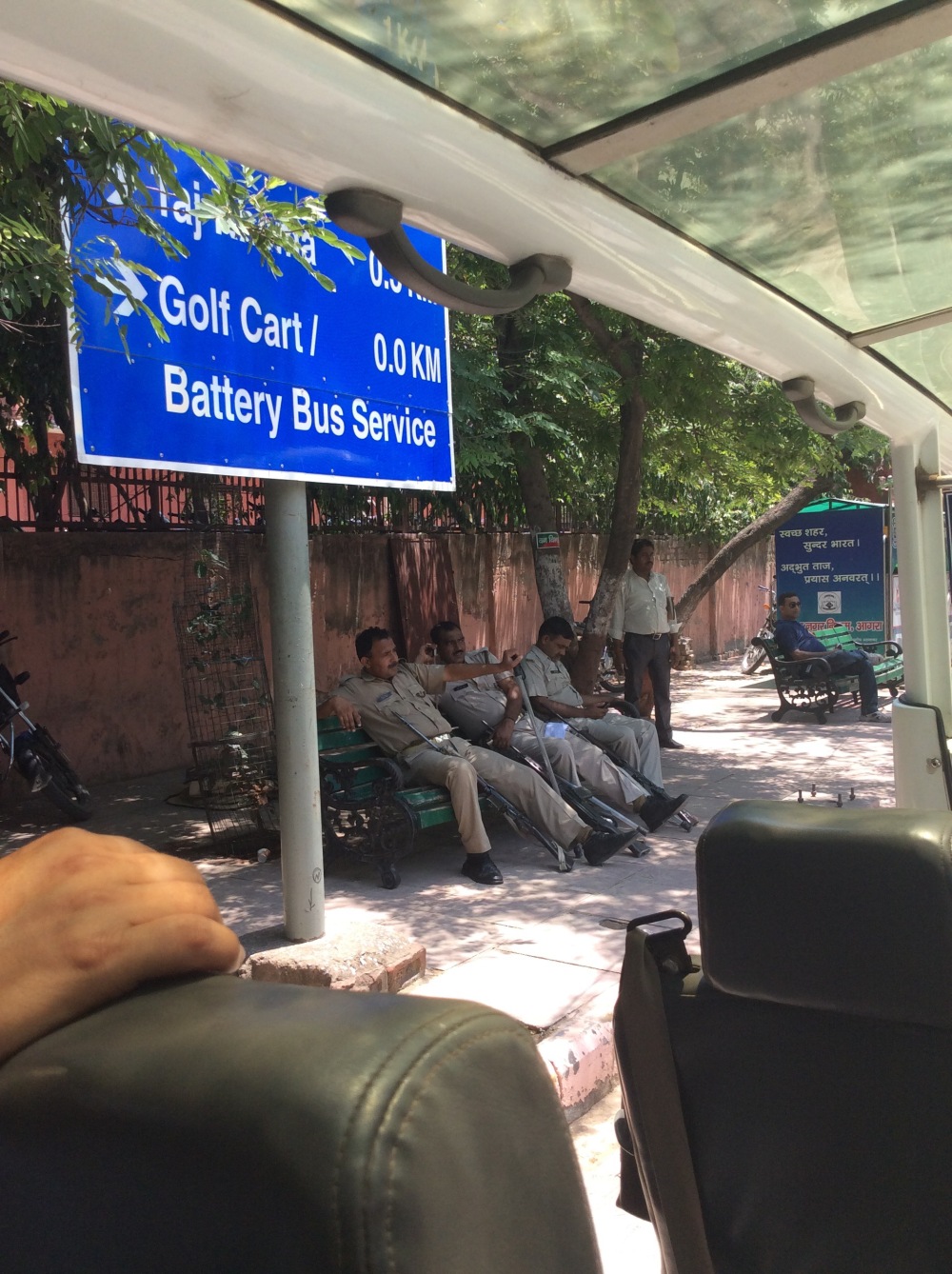 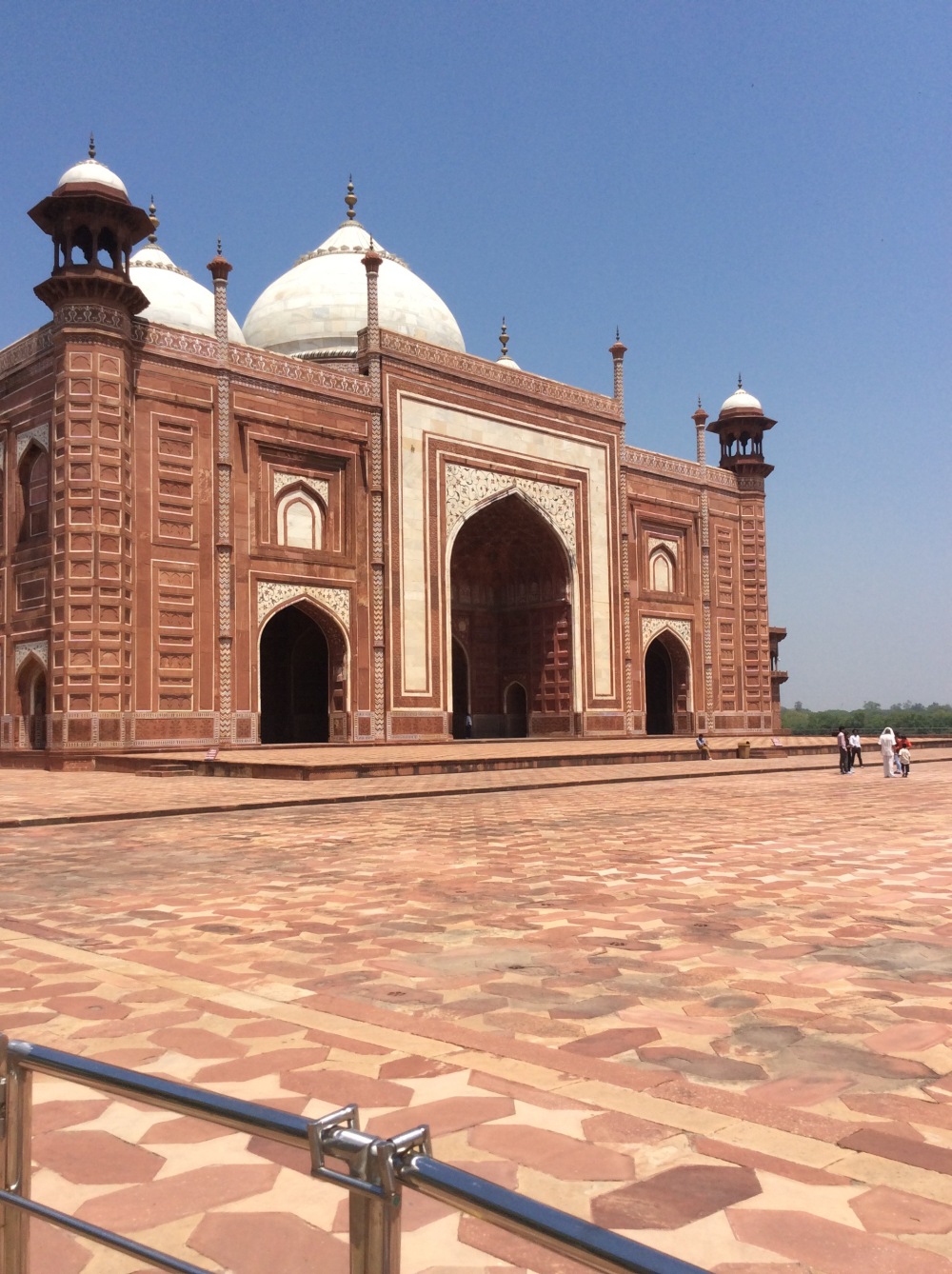