Back in 1986, when I first was accepted into the U.S. Peace Corps, the head office said I was headed to the Seychelles to teach swimmimg to children on the main island.

I’d never heard of it. But then again I was only 20 and hadn’t heard of much.

The Seychelles is an archipelago smack dab in the Indian Ocean–1000k due East of Tanzania. Two-thousand kilometers due south of Abu Dhabi. The Seychelles islands, ceded to the French East India Company in 1756, were named in honor of Jean Moreau de Séchelles, a politician at the time.

My father bought the Berlitz cassette tapes so I could learn French. I was about two tapes in when Peace Corps called and said I was headed to South Yemen instead. Just before my dad ordered the Arabic tapes, the Peace Corps said I was going to Kenya. There was no time to order the Swahili tapes because I was on a plane to East Africa within weeks.

Fast forward 29 years.  I’ve been  married to the delightful, irascible Allan Nicholls for 18 years. And because of a random phone call (and our wanderlust) last year,  we’re living in Abu Dhabi with our 11-year-old son David.

Allan is on the cusp of a very big birthday (shhhh, it’s 70) and I really wanted to do something special for him. But what? A trip? But where?

I inadvertently chose Easter weekend for our birthday holiday since David had spring break. (I don’t keep track of Christian holidays while in the UAE.) I also inadvertently chose the date of my father’s death for our departure by picking the cheapest flights on Expedia.

April 2 also turned out to be a day when a horrendous act of terrorism killed 146 college students in my beloved Kenya. I watched the news from the airport  while we waited for our flight — long delayed by a wicked sandstorm in the UAE. Bad enough to close schools, businesses and roads. 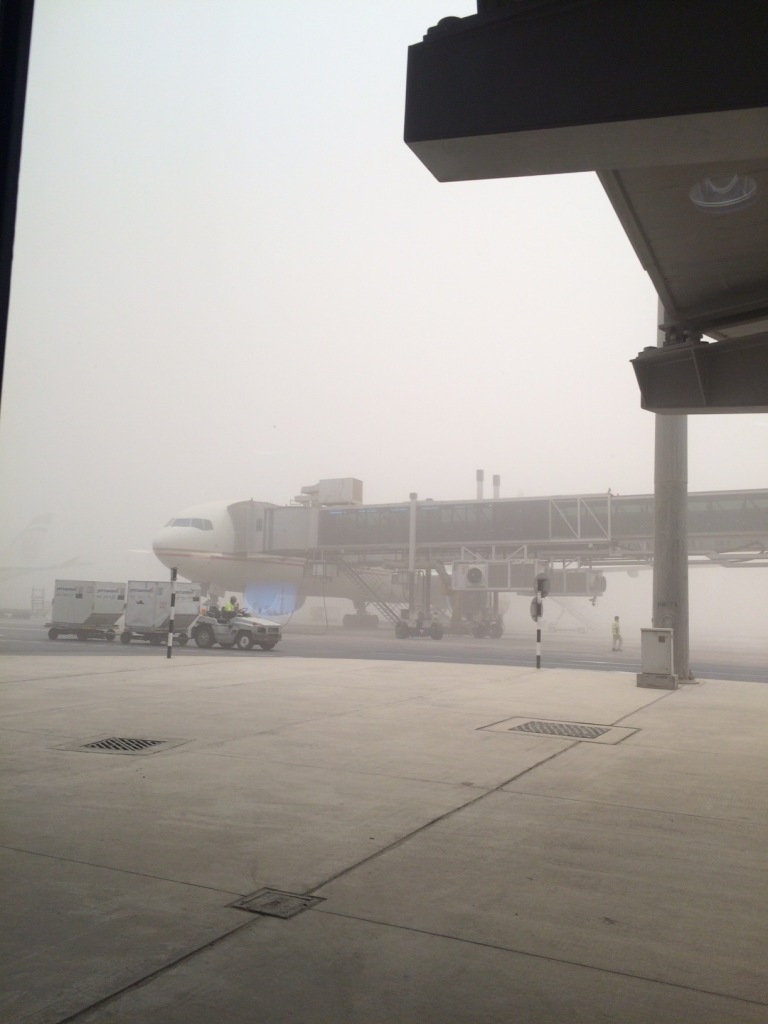 Online, as I investigated the horror in Kenya and the severity of our sandstorm, I came across the further unsettling  news that flights from the UAE to the Seychelles have been rerouted to avoid Yemeni airspace.

Maybe the Seychelles can wait?

But somehow, our captain, whose name was Igor, managed to take off from Abu Dhabi and deliver us on a calm wonderful flight to Victoria Airport on Mahe Island after dark. I watched the movie “Foxcatcher” about some crazy wrestling team dynamics — and one very strange coach/benefactor — before and after the Seoul ’88 Olympics.

This morning, I woke up at 5:30 to watch the sun rise over the Indian Ocean and catch my first view of a place I’ve waited 29 years to see. Oh, it was so worth the wait. As soon as there was enough light, I ran down to the pool and the Ocean for a swim.

We rented a car so we could tour the entire island of Mahe.  FYI, entire means 154 square miles with a population of 80,000.  We drove passed an open-air church full of worshippers singing mightily. Traffic was stopped in the capital for a singing parade of Seychellois.

And it only got better. We pulled the car over to swim in a tiny town called Beau Vallon. We drank fresh coconut  milk. We had lunch on a picnic table on the sand. We napped in the afternoon heat and listened to rains at night. 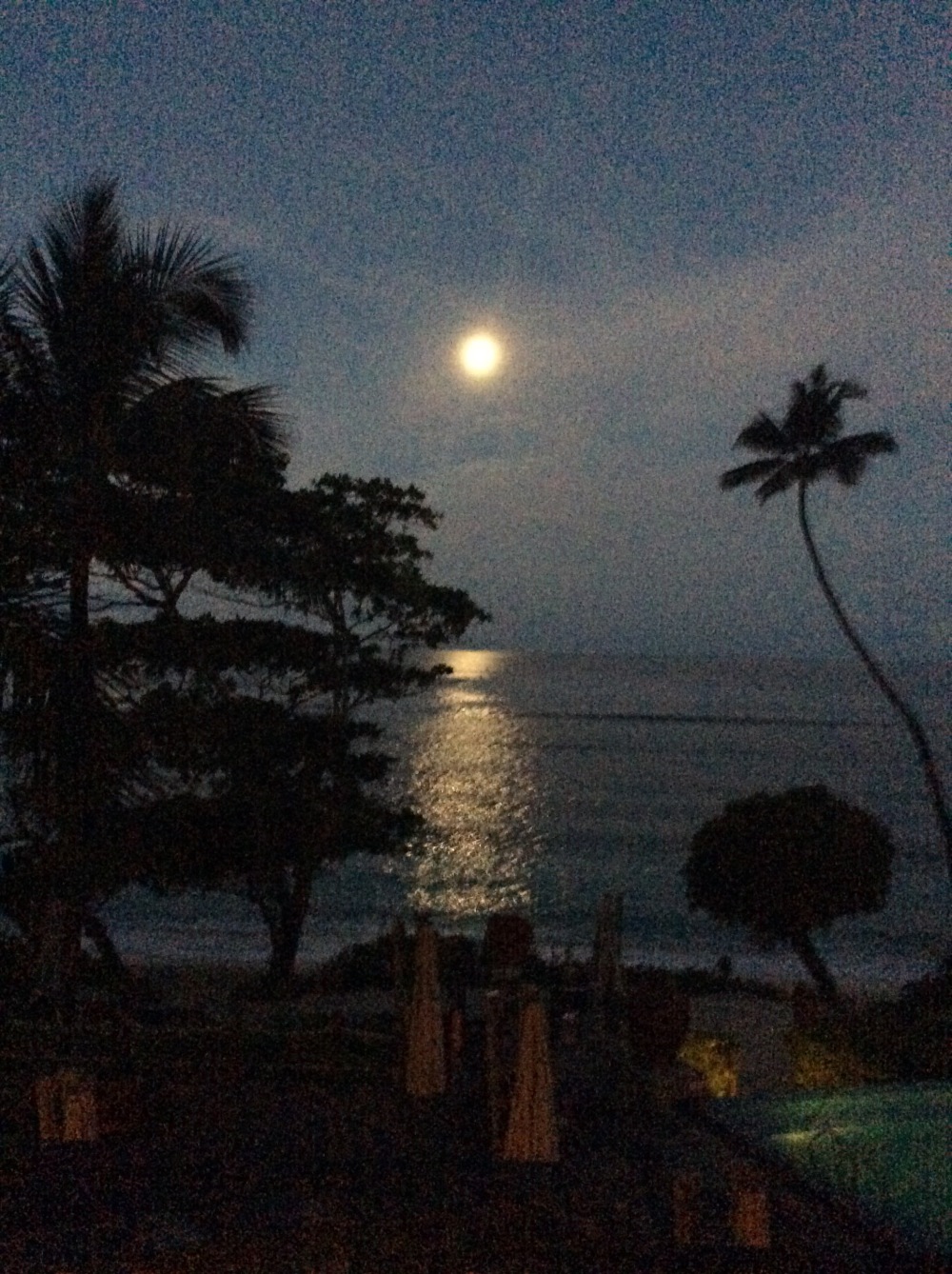 Fell asleep to the same sky to which we awoke after a long day in the making.