The world is changing, and you could change right along with it.

You may not want to go down with the ship, but you can feel the tug. After the terror in Paris — added to the events in Sydney, Ottawa, among other places — the tides begin to shift your innards and move outwards from there.

You have to cling tight to who you are. Or were. And still could be. 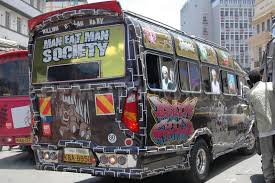 Way back in 1986, I hitchhiked around East Africa — absolutely certain that my wits could get me out of any bad situation. And they did. Like the time I was on a public bus, called a matatu, and a man pulled out a long knife/sword and started chasing another guy around the bus. They ended up jumping out while the rest of us shrugged and went on with our journey. I never hated Kenya for the random incident. But then again, no one died.

I’m not so sure my wits — or my nerves — stack up anymore. I’m not even sure I can trust my instincts. Sometimes I wonder if moving to the Middle East was an act of courage or stupidity. Does crime determine where to draw the line? I think of Guam, during WW2. Fearful American folks moved there, hoping for safety, but ironically found themselves in the direct line of fire.

I wonder how I might feel if I were in Vermont while this new campaign of global terror-violence plays out. Separated? Safe? Or, perhaps, locally minded, might I be deeply saddened because a homeless person in my home state perished in sub-zero temps?

Who ranks the horror of real life?

David and I went to see a movie today, and I was surprised to discover that I was very anxious at a mall that, as of a month ago, was very much a part of my comfort zone. I made David stand by the ticket counter and clerks when I had to use the restroom.

While in said restroom, I looked at other people very suspiciously. I was temped not to wash my hands in an attempt to get out quickly before remembering that germs pose a greater risk to my health than being in a bathroom in the UAE. Fog, too, is a greater threat, as I noted when I read the local newspaper this morning. More than 70 cars crashed the other day in a  single accident on an Abu Dhabi highway. 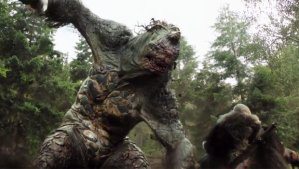 Anyway, as David and I watched the movie “Seventh Son,” which was very gory albeit in a Medieval and sword-and-dragon sort of way, I sighed a lot and fidgeted. David asked me what was wrong.

“It’s too much violence,” I whispered.

“That’s because it’s supposed to distract you from the violence in the real world,” he responded.

Yup, we’re all changing. Our children are growing up in a world where CGI violence is comforting — a hiding place from the horror of real life. Formerly fearless people like me, now wonder if anywhere will ever be safe ever again.

What should we do? You and me. Us. How do we keep from seeing others as them? 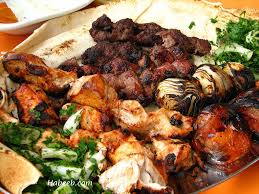 Tomorrow morning I will walk into a workplace full of fantastic people. My beautiful, funny, wise, generous colleague Areej will smile upon seeing me as she always does. She will probably order some great Middle Eastern lunch for all of us — and foot the bill. She’ll invite me to sit next to her, and eat as her guest.

Areej and I will laugh about parenthood and marriage and event planning and the Kardashians. She’ll ask me to write some English words to accompany her Arabic words on e-vite to something great, like Jane Goodall’s upcoming lecture.

Later in the afternoon, I’ll come back from a restroom break to find a wrapped chocolate on my computer keyboard. I’ll holler out, “THANK YOU AREEJ!”

Tonight, I decided that the only way I can stop myself from becoming someone else is by keeping two things in mind:

I am Charlie Hebdo AND I am Areej Al Haddad.