What follows below, in italics, is one of the days in Seoul that I survived 25 years ago–a day someone else didn’t live to see. And one I plan to revisit next week. 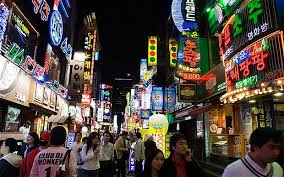 Rachel and I caught the first cab and made it back to Gangnam and English Language International in record speed.

Waiting for us was a hastily written message in large letters, splashed across the blackboard in the staff lounge with lots of exclamation points. My pet peeve.

My fellow teachers  and I stared silently at the message–suddenly we’d become our Korean students who were  always flummoxed by our English messages. What did it mean? This meeting?

ELI never had staff meetings, let alone an emergency one. Maybe it was code for…for something. A test. A joke.

As I struggled to decipher the symbolism, Tim, our academic director and interpreter, came into the lounge.

He walked to the front of the chalkboard and then turned to survey us, who were assessing him. A fairly dark-skinned man, maybe half Italian or Spanish, Tim had turned into a ruddy Scotsman. Pale and blotchy. Was he sick with a tropical disease? I had to remind myself for the umpteenth time that we weren’t in the tropics.

I stared at Rachel and mouthed what the fuck?

“Alexandra and Daisy went to check on Veronica today after she didn’t show up for the morning session,” he said, very slowly. “I am sorry to say that they found Veronica…there’s no other way to say it. She’s dead. Maybe foul play. It’s hard to say. I don’t have…”

Tim coughed. “I don’t have details.” 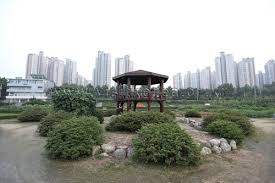 Had Tim meant to say that South Korea was anticipating an imminent attack by North Korea? Surely he did not mean that the beautiful and clever Veronica was dead. The teacher who actually liked her work, and loved her students. The kind of person I really wanted to be.

“The police are at Veronica’s apartment investigating, and will be there all night,” he continued. “The Embassy has informed her family. I believe her father is coming to Korea to take her body back to the United States. I am waiting to speak with him to help make arrangements.”

I grabbed Rachel’s hand. But I was afraid to look at her. The minute I did, Tim’s story would be true. My knees started shaking. I could feel the bile coming up in my throat. I thought I might scream and vomit at the same time. I took a huge gulp of air, as if I were about to dive into the deep end.

“We’ll find out what happened. We will.” Tim continued, sweat pouring down his brow. The armpits of his baby blue Izod shirt were drenched.

I slowly turned toward Rachel. Tears were streaming down her face. I scanned the room. Heather had collapsed into a couch, sobbing. Everyone was distraught. But I couldn’t hear their cries. The sound had been turned off in my head. I only saw twisted faces and open mouths.

I couldn’t feel anything, either, other than guilt. I had been the last teacher to see Veronica alive. I shouldn’t have let her go home alone. This was my fault. I should have been her lifeguard. When I turned my back, she fell victim to a predator.

“Alexandra and Daisy are in a state of shock,” Tim continued. “They will need our support. They are still with the police answering questions and assessing what may be missing from Veronica’s belongings. We have a counselor from the Embassy there to help them. This investigation could take a long time. We’ll need everyone’s cooperation.”

“What, um, can we do?” I asked, barely able to get the words out. I wanted to find Alex and Daisy, then to tuck them into bed with teddy bears. Remove whatever image of Veronica they had in their heads.

“I need you to teach,” Tim said. “I don’t want this news to spread through the school tonight. The police need to control the information coming out of here as long as they can. I’m sorry, I know it’s harsh, but this will help the investigation. Put your students in the language lab, let them practice b’s and p’s, or show them a movie. I don’t care just keep them busy. Keep them safe from the news of Veronica’s death while they are on school grounds tonight. Tomorrow is another story. But let’s try to keep our school intact, if only for one more day.”

I offered to take Ver 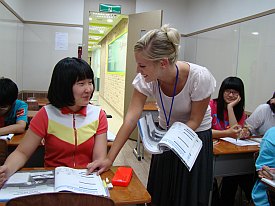 onica’s students in with mine. I’d swim out into the dangerous shark-filled waters and bring folks safely to shore. Tim nodded his gratitude. I walked to the staircase, and down one flight.

When I opened the door to Veronica’s classroom, a wave of pepper spray overtook me and I began coughing like a TB patient. Some of her students, like many others at ELI, had been participating in the anti-American riots downtown again. I waved her class out and gestured for them to follow me. I pretended the mace didn’t bother me. I pretended Veronica wasn’t dead.

Once the spasms in my lungs subsided, I partnered the students off for a practice conversation. I handed each team a photocopy of a map to downtown Manhattan.

“You are here,” I said, pointing at the World Trade Center. “Now, ask your new American friend to help you get reach the Hyatt hotel at 36th Street.”

As I listened to Veronica’s students give directions to mine in English, I tried to retrace every step that had delivered me to this God-forsaken place. 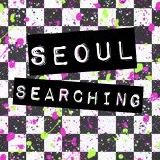 Next week, I plan to retrace my steps in that same place.

What lessons can the teacher learn from her former self?