I’ve always wanted to begin a story with the words, “The End.”

Because, as we’ve all learned, the end is just a new beginning. 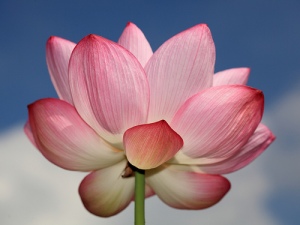 And thus, I’ve decided to write about one instance at the end of the first month of Brain in a Jar‘s second life. (FYI: The first brain in a jar was my grandpa’s brain which sat for many years on my father’s neurology-practice desk. The second brain in a jar is my book about my father which now sits on my writer’s desk.)

I laugh to think that I wrote the book to establish my identity as separate from my father’s, yet I’ve metaphorically done the exact same thing he once did.

We are the history of the future.

Yesterday morning, I woke up in New Jersey at the home of my Indian-born agent Priya Doraswamy. We’d just completed a long, wonderful weekend of book signings and readings and Indian-food eating and wine drinking. (The weekend also represented the last stop on my month-long mission/book tour.)

Over coffee, Priya and I talked about the rebirth of her writer-representation company, now named Lotus Lane Literary. I kept wondering why the name sounded so familiar. And then I remembered: My father was fascinated by India, and Hindu Gods in particular. In fact, he named his boat after Lord Vishnu’s mount, Garuda. But when Beau went through a major change in his life, he renamed his boat “Lotus Lady.”

When I told Priya, we both shivered at the serendipity.

Renewal is blossoming this year. Take time to stop and smell and the lotus.