This is my day.

Woke up in a grumpy mood. Cleaned my house. Read the first chapter of a book called, “Disturbances of the Mind,” by Douwe Draaisma–who writes about identity and disease and doctors. Here’s a bit about it: 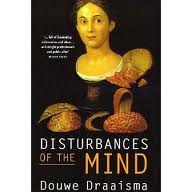 Sergei Korsakoff, Alois Alzheimer, James Parkinson, Hans Asperger and other eminent scientists, are all names which have become synonymous with a disease, a syndrome, or an autistic disorder. Although the names of these psychiatrists and neurologists are familiar, we often know little about the individuals themselves and the circumstances surrounding their discoveries. What exactly did they discover, and who were their patients?

Afterward, for some reason–perhaps a uniquely Nancy Stearns Bercaw Disease reason–I decided to trade my used car in on another used one. Called my used car dealer. Yes I have a used car dealer.  I trade cars as frequently as I trade houses and moods.I also have a psychiatrist, a neurologist, and a dermatologist. Oh, and one hell of a real estate agent, one hell of a literary agent, and one spectacular publisher.

I arrive at Snowfire Auto shortly after 2 p.m. The car I have pre-selected based on the website is ready and cleaned. Before I hop in, my dealer/pal John says to look in the glove box. I do. Therein are two Snickers bars honoring my father. Beau always had Snickers bars on hand for any trip. I teared up. This is proof of how amazing my car dealer friend is. Yes, he’s been following the story on this here blog.

I go for a test drive. Two hundred yards from the dealership, there is a church. And this church has a banner out front. A banner the size of Eastern Europe. The banner says, “Pie for Breakfast.” My father loved pie for breakfast. All Bercaws do. It’s our thing. It’s not a Vermont thing. That’s why they have a sign out front.

I buy the car.

Then she says that, in her social media work, she’s found out that Nor’Easter Elmo has created a particular problem for Alzheimer’s patients and caregivers. People are stranded. Without heat. Without someone to help them with their medicine. Oh no! I wrote Elmo instead of Nemo!

“Maybe you can blog about it,” she suggests.

“I will,” I say, even though I’m trying to edit the book flap text that my publisher has written. And dealing with website issues that my cousin Sam will fix. In fact, I had been thinking, on Friday, that caregivers of Alzheimer’s patients probably could use their own app for getting help when they need it.

Clearly I’m on the right path, regardless of my vehicle or mood.

Alzheimer’s is my past, my present and my future. And I can live with it because I’m connecting with people like me.

We’re all in the same boat. Or car. Or blog.

And we’re all fighting Alzheimer’s disease. Each a piece of this pie.