I got a new hair-do last week, and when I see myself now—-in mirrors and in pictures—I’m shocked by how much more I am looking like my father. My eyelids are getting droopy (he actually had surgery because his eye 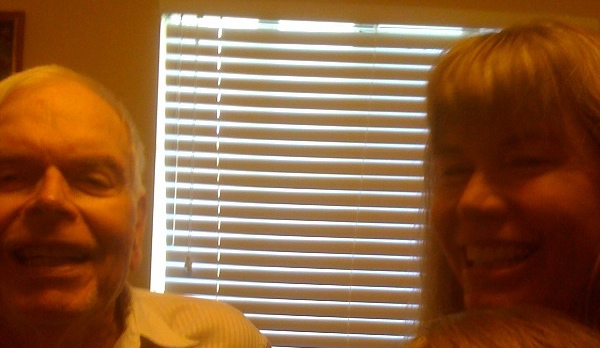 lids interfered with his vision!). My jaw is getting more pronounced. My skin is looking ruddy and thin. My hands move like his, and seem to be growing to be the size of his.

I have developed the same set of odd worries, too: like when my son takes his seat belt off when we are siting in our parked car.  What if another car hits us while we are parked? Beau used to tell me the most dangerous time in a flight is on the way to the gate because a plane-full of unbuckled people would become a danger to each other if the plane is hit by another. He had similar feelings about Hurricanes: human behavior during a storm can have as great an impact as the winds and rain.

In Africa, Beau knew that hippos posed a greater threat to people on safari than lions, crocodiles or cheetahs. His researched showed that “dumb-dumbs” get out of their Land Cruiser to see the sweet hippos swimming and then get trampled when the hippos charge.

From About.com: The hippo is responsible for more human fatalities in Africa than any other large animal. Male hippos actively defend their territories which run along the banks of rivers and lakes. Females have also been known to get extremely aggressive if they sense anyone coming in between their babies, who stay in the water while she feeds on the shore. Hippos can run at speeds of over 20 miles an hour and they have enormous jaws which host up to 20 inch canines.

I feel like Beau is slowly disappearing and I am reappearing as him. Will I enter the Alzheimer’s Zone, too? I guess we all worry about that possibility. As you know, this was my father’s greatest fear after witnessing his father’s demise. Funny, the things we inherit. Like Alzheimer’s disease. But more strange, to me, is that we can inherit (or adopt) a fear of hippos, as well as droopy eyelids.