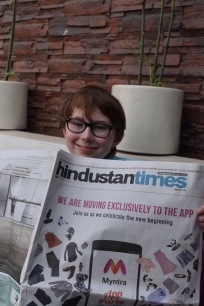 Okay, so it’s only 39 days until I turn 50 but I intended to write this post a week and a half ago. The world changed in that window of time, as did my mind about what is worth saying.

When I think back on my five decades, and all that I have witnessed (either in person or in headlines), turning 50 seems like a miracle.

I lived near the border of Kenya and Uganda at a

time when skirmishes by the National Resistance Army frequently erupted, and in a place known as the malaria/HIV basin. I hitchhiked alone around East Africa often with some not-so-great outcomes. I won 50,000 Tanzanian shillings playing Bingo with an all Muslim crowd (one was my Turkish boyfriend) in a mosque in Dar Es Salaam. I dove drunk into the shallow end of a swimming pool in the Nairobi Hilton Hotel —  miraculously not breaking my neck.

I wandered, lost, in the gang-filled back streets of Manila. I woke up covered in rats in the Chung King Mansions in Hong Kong. I’ve twice stared at North Korean soldiers from South Korean side of the DMZ. 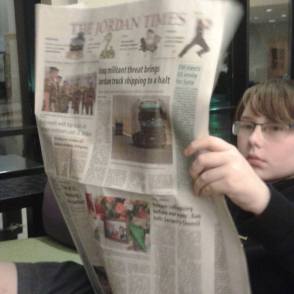 I’ve ridden at breakneck speed in a public bus down hairpin turns on roads through the Himalayas. I’ve had amoebic dysentery everywhere and went 10 full days in Beijing without relieving my bowels.

I nearly tripped over a green Mamba in Thailand — a snake whose bite kills in 20 minutes. I flew to Israel with $7 in my pocket and to my name. I saw a kid drown in Indonesia. And not only did a friend get murdered in Seoul, I was good pals with her killer.

who wore his beard in the style of the Muslim Brotherhood. (Adored him, but between my blonde hair and his beard, we spent a lot of time at police blockades.) I was deported from India by armed guard.

My sweet Canadian husband — who I met at a tiny bar in Winooski, Vermont — and I put our young son in an American school in the middle of the Middle of the East. A teacher was killed inside the very mall where we waited for his school bus.

My immediate family has endured losses from suicide, cancer and Alzheimer’s disease. I am recovering from years of drinking too much. 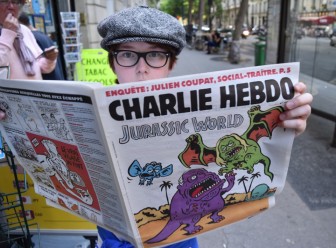 Yet never, in my almost 50 years, have I ever seen a worse mess than the one in which the whole world is in right now. Hate and fear are pouring out of every corner of the earth. We seem to be caught in a massive game of rageful one-upmanship. Mad about that? Then be madder about this!

It’s absolutely maddening. I just hope that we’re not, one by one, turning into what we collectively claim to hate.

Recently, I heard some horrible stories about violence and rage being perpetrated against new Americans (refugees from Africa, Eastern Europe and Asia) in my hometown of Burlington, Vermont. And yesterday, we all heard the Governor of New Jersey say that even an “orphan from Syria” wouldn’t be welcome in his state. I don’t think I have ever, anywhere, under any circumstance, heard a more horrific utterance.

Honestly, it’s enough to make me want to go back to Abu Dhabi where I was treated with great respect and dignity by my

colleagues, even though I stood out like a sore thumb — and despite the fact that I was accidentally disrespectful on several occasions.

But my compassionate Muslim friends just ignored my outbursts of “JESUS H. CHRIST” when I was freaking out about something. Actually, they laughed with me as I tried to apologize for that, and for saying the “F” word on numerous occasions. We ate many meals together, and laughed at a great many things.

If I have one birthday wish, however, it is this: for everyone I ever met — and those I never will — to have the chance to turn 50, too.